I am going to wade into a topic here that is a little fraught. Tax policy is complicated and is being used in sound bites very dramatically. But there are VERY few people who actually understand how taxes work and where the tax is paid. Whenever a new program or spending is needed it seems like a simple solution to just say well, rich people need to pay their fair share!

But what IS fair share? My goal here is not to tell you what fair share is. Thats a subjective answer. But my goal here is to try to get some actual data into your hands so that when you decide what the fair share is - you are hopefully doing it in an informed manner.

Background: The US has a progressive tax system. This simply means that, as your income goes up the percentage of your income you pay in taxes goes up. Higher income equals higher tax rates. It is generally considered to be a good thing - I would support and agree with the assessment that a flat tax, more often than not, becomes regressive harming the less fortunate. The end result of a progressive tax system is that a small portion of the population ends up paying a larger share of the tax revenues in proportion to their share of income.

This data gives us some very interesting data on what it means to be considered rich.

A couple of interesting points:

As you would expect, the top 10% of income earners pay the lions share of taxes. Altogether, they paid about 70% of the income tax that was paid/collected.

To me, that is staggering. 10% of our population is funding 70% of the taxes.

1% of our population funds nearly 40% of the government.

But what about income? Obviously, they pay more of the taxes because they collected most of the income! That is true:

The top 1% earned a little over 20% of the national income.

It seems that nearly half our population is making hardly any money - the top 50% of income earners earned almost 90% of the total income - and paid 97% of the taxes that were collected. To be in a share of the population that is paying taxes you had to make at least $39,000 a year.

It is tough to say if someone who is making 47% of the income should be responsible for 71% of the tax. I cant tell you what is fair - and you might have different opinions on that. But I want to take this chance to point out that the rich (people making at least $138k a year) are already paying more in taxes, percentage-wise, they receive of the income.

This ratio also has an interesting, and often misunderstood counterpoint:

We recently heard about how tax cuts only benefited the rich. In most cases, this is functionally true. But not for the reason that people would maybe have you believe. If you cut taxes across the board - then 97% of the cut will accrue to 50% of the population - because they are the only ones who PAID the taxes.

Mathematically, if I pay a higher percentage of the taxes to begin with then any cut IN taxes will necessarily accrue back to me at a higher rate. A progressive tax system cuts both ways in that sense.

If you want more money to go back to the poorest half of our countrys workers then a tax cut is NOT the way to do it. They dont pay much tax to cut - unless you go into negative taxation which is, in effect, welfare or basic income situation.

And that may not be a bad idea - Im not trying to debate that point. Im simply saying that if you want to accomplish something like getting more money into the hands of the needs - the tax system is likely not an efficient way to do it.

Ill stand by for the emails 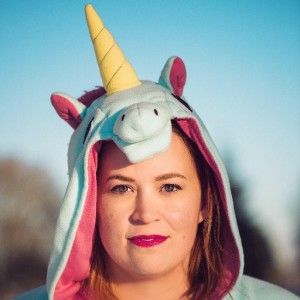 Kathy is the Unicorn Sidekick.
Menu